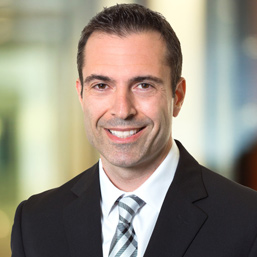 Nelson Hardiman attorneys Salvatore Zimmitti and Aaron Lachant obtained a complete dismissal of misdemeanor Prop D charges (L.A.M.C. 45.19.6.2.A.) filed against a marijuana dispensary worker based on a pre-arraignment motion asserting the procedural bar against multiple prosecutions set forth under Penal Code section 654 as interpreted by the California Supreme Court in the seminal case of Kellett v. Superior Court of Sacramento County (1966), 63 Cal.2d 822 (“Kellett”).

Nelson Hardiman’s client had been arrested twice, roughly a month apart, while allegedly acting as the “manager” of a North Hollywood medical marijuana dispensary.  Based on the evidence obtained from the two arrests, the defendant was prosecuted by the District Attorney, convicted and sentenced to formal felony probation. Unsatisfied with that conviction, however, the City Attorney sought to prosecute the defendant again, months later, for the same conduct by arguing that it could proceed on information obtained from only one of the two arrests. In essence, the City Attorney argued that the two arrests could give rise to multiple prosecutions, notwithstanding Kellett, and regardless whether or not the offenses could be characterized as otherwise similar.

California Penal Code section 654(a) provides that “[a]n act or omission that is punishable in different ways by different provisions of law shall be punished under the provision that provides for the longest potential term of imprisonment, but in no case shall the act or omission be punished under more than one provision. An acquittal or conviction and sentence under any one bars a prosecution for the same act or omission under any other.” The court in Kellett analyzed this language and reasoned that “[i]f needless harassment and the waste of public funds are to be avoided, some acts that are divisible for the purpose of punishment must be regarded as being too interrelated to permit their being prosecuted successively.” The Kellett Court then held:

When the prosecution is or should be aware of more than one offense in which the same act or course of conduct plays a significant part, all such offenses must be prosecuted in a single proceeding unless joinder is prohibited or severance permitted for good cause. Failure to unite all such offenses will result in a bar to subsequent prosecution of any offense omitted if the initial proceedings culminate in either acquittal or conviction and sentence.

Nelson Hardiman filed the Kellett motion on the grounds that the District Attorney had been aware of a potential Prop D offense when prosecuting the defendant on the prior felony charges, but failed to unite the Prop D offense with those charges, thus precluding the City Attorney from doing so belatedly in a separate Prop D prosecution.

The City Attorney vigorously opposed the motion and steadfastly refused to either dismiss the case or reduce the misdemeanor charges, arguing that Kellett did not apply because (1) the two arrests did not constitute the same course of conduct under Kellett since they occurred on different dates, (2) the defendant had received probation and therefore had not been formally “sentenced” as required by Kellett, and (3) joinder of the Prop D offense with the felony charges was precluded by Los Angeles’ “Chartered City” status, which vests the City Attorney with the exclusive authority to bring Prop D cases.  Nelson Hardiman systematically dismantled each of these flawed legal contentions, and emphasized that the repetitive prosecution of the defendant was not only contrary to the law, but also plainly conflicted with the legislative purpose of Penal Code section 654 as it would result in harassment of the defendant and authorize the waste of time, money and scarce public resources – particularly since in this case the defendant had already been convicted and sentenced to probation on the more serious felony offense.

On the day of the hearing on the Kellett motion, Nelson Hardiman asked the City Attorney again if it would reduce the Prop D charge, this time in exchange for defendant’s agreement to withdraw the motion. The City Attorney flatly refused.  Nelson Hardiman then allowed the court to rule on the motion, and the court decided in Nelson Hardiman’s favor on all grounds and dismissed the Prop D case in its entirety. Notably, the court squarely rejected the City Attorney’s argument that the two arrests did not constitute the same course of conduct just because they occurred on different dates, rejected the argument that the grant of probation did not qualify as “sentencing” under Kellett, and rejected the contention that the City’s “Chartered” status in any way precluded the District Attorney from joining the Prop D offense with the felony charges based on the supremacy of California’s “general law” of compulsory joinder.

The court’s ruling in this matter was not only a total victory and benefit to Nelson Hardiman’s client, it also functioned as an important reminder that Los Angeles city and county prosecutors cannot circumvent the Kellett bar against multiple prosecutions for related conduct in marijuana or other cases merely because they may work out of different offices and may be charged with different prosecutorial responsibilities. Rather, prosecutors must join all related offenses of which they are or should be aware, or be barred from charging those offenses later through wasteful, piecemeal prosecution in cases where the initial proceedings based on a single course of conduct resulted in either acquittal or conviction and sentence.