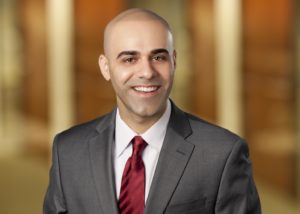 Nelson Hardiman successfully resolved a longstanding investigation by Operation Safe Medicine, a project of the Medical Board of California, involving a Southern California doctor accused of signing medical marijuana recommendations without ever examining or even meeting the patients. According to California law, a licensed physician must first perform a medical exam on a patient and determine that he or she has a serious illness that could be treated with medical marijuana in order to provide a recommendation.

In this instance, a television network had dispatched a producer pretending to be a patient to a medical marijuana clinic, where the producer complained of back pain. An unidentified person who pretended to be a physician (but was later identified as a massage therapist) falsely filled out a chart claiming to have checked the producer’s heart, lungs and blood pressure. The physician whose signature appeared on the recommendation was not at the clinic and had never met the patient. Nelson Hardiman assisted the physician in preparing and presenting materials to the Medical Board demonstrating an understanding the serious ramifications of his actions, as well as remorse and a commitment to avoid .

Although the case had been under consideration for criminal prosecution, Nelson Hardiman was able to persuade the Board to resolve the matter as it related to the physician for issuance of a public letter of reprimand. Farooq Mir, an attorney with Nelson Hardiman, commented: “Doctors need to be steadfast in protecting their licenses and prescriptive authority from misuse by unscrupulous, unlicensed people. We prefer proactively addressing physician compliance issues proactively, rather than dealing with issues after the investigator is knocking at the client’s door.”