For many years, litigation of false claims for health care services has been primarily brought under the federal False Claims Act (“FCA”) and California’s False Claims Act (“CFCA”), making most providers aware of these laws.  Recently, however, there has been increased activity against healthcare providers under the lesser known Insurance Frauds Prevention Act or “IFPA,” California Insurance Code Section 1871.7, which is designed to deter fraudulent insurance claims and facilitate the prosecution of insurance fraud.  As a result, the IFPA is an important law for providers to keep in mind.

Originally enacted in 1993, the IFPA was drafted as a means to combat workers’ compensation fraud.   Subsequent amendments to the IFPA, however, expanded the applicability of its provisions to include other forms of insurance fraud, the express purpose of which was to deter fraudulent automobile insurance claims.[1]  While the IFPA was designed primarily with insurers in mind, its provisions authorize qui tam actions in which any “interested” person can bring suit on behalf of the State of California for alleged insurance fraud.[2]  IFPA cases must be brought no later than three years after the relator has “inquiry” notice of the factual basis of the action, and no more than eight years after the underlying violations occurred.[3]

As a whistleblower statute, the IFPA is modeled after the FCA and CFCA and is analogous in many of its provisions.  In particular, an IFPA lawsuit must be brought in the name of the State and filed under seal to provide the government, in this case the district attorney or California’s insurance commissioner, an opportunity to investigate and intervene in the action.[4]  The IFPA also provides civil penalties and treble damages for successful prosecutions, [5]  and creates whistleblower protections for employees bringing these suits. [6]

However, the IFPA is unique in that it is intended to impose liability for fraud committed against private insurance companies.  As it pertains to healthcare providers, the IFPA is designed to reach fraud against private insurance carriers on the basis that health care fraud causes losses in premium dollars and increases health care costs unnecessarily.[7]  Included in the IFPA’s prohibitions are, for example: (1) employing runners, cappers, steerers, or other individuals to procure patients; (2) making a false or fraudulent claim for payment of a health care benefit; (3) submitting a claim for a healthcare benefit that was not used by the claimant; and (4) presenting multiple claims for payment of the same health care benefit.[8]

In addition, the IFPA has a broader reach than both the FCA and CFCA.  While the statute does not individually define the term “false” or “fraudulent,” the terms “fraudulent claim” have been interpreted to refer to any claim that is in “some manner deceitful” or is the result of “conduct that is done with an intention to gain an unfair or dishonest advantage.”[9]  Under this interpretation, the IFPA casts a wide net of potential exposure, especially where a violation may occur even when a claim is not ultimately paid.[10]

While the IFPA was designed primarily to encourage insurers to bring actions under the statute, a new trend has emerged in which the IFPA is increasingly being used as a traditional whistleblower statute for anyone who has insider knowledge of fraud, including suspected healthcare fraud in California.  Because providers can face treble damages and steep civil penalties from violations of the IFPA involving claims to insurance companies, it is important that providers become familiar with the IFPA and its provisions.

“My Therapist Sounds like a Robot” – The Peril and Promise of Chatbot TherapyHarry Nelson Interviewed on NPR: With telehealth abortion, doctors have to learn to trust and empower patientsHarry Nelson Interviewed on BBC News: US to require negative Covid tests for travelers from ChinaClient Alert: Priority Privacy Update – Social Media and the Erosion of Medical Privacy8 Nelson Hardiman Attorneys Named to the 2023 Southern California Super Lawyers List 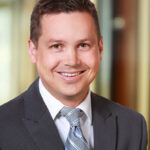