Pandemic or not, justifying mergers based on ‘failing firm’ defense faces hard sell

Partner Rob Fuller was interviewed by FTCWatch to discuss the statement made by the Director of the Federal Trade Commission’s Bureau of Competition, Ian Conner, in response to the expected wave of merger proposals claiming the “Failing Firm” Defense.

In the wake of the Covid-19 pandemic, Ian Conner, director of the Federal Trade Commission’s Bureau of Competition, is bracing for a wave of merger proposals claiming the acquired firm is failing.

But those pushing such tie-ups shouldn’t look for an eased-up review by the agency because of the pandemic, Conner warned in a blog post.

Parties contemplating making a “failing firm” defense the centerpiece of their pitch to win approval of a merger “should understand that the bureau will not relax the stringent conditions that define a genuinely ‘failing’ firm,” Conner wrote.

The agency “will not relax the intensity of our scrutiny or the vigor of our enforcement efforts,” he added. “Consumers deserve the protection of antitrust laws now as much as ever.”

Conner’s warning shot was not well-received in all quarters, coming as the country, and some industries in particular have been clobbered by the economic downturn stemming from the virus. Some hospitals, for example, have been clocked and might be among the businesses that see a rise in merger proposals based on arguments that their survival is on the line.
So, is the FTC’s business-as-usual approach appropriate at a time when some businesses fight to survive amid an unprecedented pandemic that has closed much of the US economy?

“With due respect to my friends at the Bureau of Competition, I think they have their heads in the sand or are taking political cues from the party that wants to say everything is A-okay in the economy,” Rob Fuller of Nelson Hardiman wrote in an e-mail. “The facts are that it is a disaster out there.”

“Hospitals shucked their profitable outpatient business for a few months to gear up for a massive Covid response, and then, in most cases, hospitalizations for Covid were about 1/6th the anticipated levels (with a few exceptions like NYC),” Fuller, former chief operating officer of a 199-bed Los Angeles hospital, added in the e-mail.

The numbers in the hospital sector are devastating. Hospitals outside of New York City and San Francisco were socked with an average decline in patient volume of 56 percent between March 1 and April 15, according to an analysis by Crowe, a consulting firm. That translates to an estimated $1.44 billion of net revenue lost each day nationally for hospitals with more than 100 beds, Crowe found.

Surges that might have been expected with a jump in patient volume as a result of Covid-19 appear to be offset by a “significant decline in volume in other areas,” the report concluded. 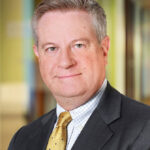