Aetna Humana Merger Will Be a Hard Call for DOJ 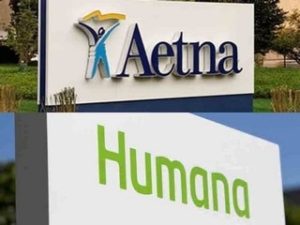 Rob Fuller was quoted in an article by HealthLeaders titled “Aetna Humana Merger Will Be a Hard Call for DOJ”.

Coming off weeks of controversy about the FBI’s recommendation not to prosecute Hillary Clinton for mishandling classified information, the United States Department of Justice is now facing a decision that could have equal impact on the healthcare industry.

Leaders from Aetna and Humana met with DOJ officials last week to convince them that the proposed $34 billion merger will not harm competition. But all signs indicate the anti-trust enforcers are highly skeptical of those claims.

There is no timetable for DOJ to make its decision, but some analysts who have followed the proposed merger say they expect an announcement within a month.

DOJ is facing a hard decision: If it blocks the huge corporate merger, it will face litigation and criticism from the business community. If it lets the merger proceed, it will be accused of failing  to protect consumers.

“The most likely outcome is that DOJ will approve the transaction, but with requirements that both parties make significant divestitures,” says Robert Fuller, JD.

Mr. Fuller served as executive vice president and chief operating officer of Downey Regional Medical Center in Los Angeles from 2001 to 2013, then joined the Nelson Hardiman in Los Angeles as a healthcare analyst and attorney.

The impact of the divestitures is uncertain, however. Divestitures are currently under debate at DOJ, he says, with some regulators saying they have little impact when the companies are divesting themselves of a book of business rather than hard assets.

“The post-merger company can go right out and market to that business if there are no additional restrictions,” Fuller says. “The divestitures would have to be coupled with restrictions on their marketing activity in the states where the current businesses overlap.”

The primary concern in that regard is the Medicare Advantage market, Fuller says.

Aetna’s forays into Medicare Advantage created overlaps primarily in eight states, and that is where DOJ is likely to limit Aetna’s ability to market, he says.

Implementing those restrictions could prompt Aetna and Humana to litigation, and Fuller says the government could take a big hit if that happens. The DOJ historically has considered the Medicare Advantage market to be those already in the system, and Fuller believes the merging companies could successfully challenge that theory.

“That theory would be terribly at risk in front of a U.S. District Court,” Fuller says. “I think it would be entirely reasonable for the court to consider the number of subscribers in a particular market not to be those who have already signed up for Medicare Advantage, but in fact, to be the entire Medicare population. If that is the case, the percentage of market share numbers in these overlapping states just go out the window.”

Nevertheless, Fuller believes DOJ will find a way to let the deal go through, even if the divestitures must be accompanied by strict limitations on marketing.

“My supposition is that there has been a fairly negative staff report, not necessarily saying no to the merger, but saying the divestitures should cover 22 states, not just eight, or something like that,” Fuller says.

“Aetna has already pre-sold some of the business to key players in the affected markets, and I’m sure they meant that as sort of an opening offer. I would expect the Justice Department management to double up on that kind of offer and add the restrictions.”

It is possible that DOJ will say no and pursue the litigation necessary to stop the merger, Fuller says. Given the size of the merger and the potential impact on the market Fuller says he would not be terribly surprised if DOJ decided that even draconian restrictions would not be enough to protect consumers.