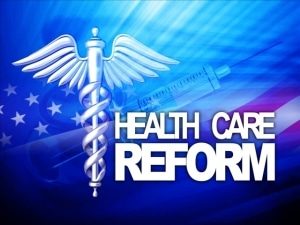 On Monday the Supreme Court will hear the challenge to the Patient Protection and Affordable Care Act (“PPACA”). The parties will present their case over a three day period, and will have a total of five and a half hours before the Court. Ordinarily parties are only given one hour to present their case, and in the past thirty years only a handful of cases have been allotted more time.[1] The five and a half hour time allotment is extremely unusual, and suggests the importance of this litigation.

There are a number of issues before the Court, and the Court has allocated time for each issue over the three day argument period.[2] On Monday morning, the justices will hear arguments regarding the Anti-Injunction Act. The Anti-Injunction Act generally provides that individuals who wish to challenge a federal tax must pay the tax, and then bring a suit for a refund.[3]Section 5000A of PPACA, commonly referred to as the minimum coverage provision, requires individuals who do not obtain minimum health coverage to pay a “penalty.”[4] This section does not go into effect until 2014, which means that those challenging PPACA have not yet paid a “penalty” for failure to maintain minimum health coverage. The justices will hear arguments about whether individuals need to actually pay this penalty before they have standing to challenge PPACA.

On Tuesday the Court will listen to arguments about whether the minimum coverage provision is a constitutional exercise of Congress’ power under the Commerce Clause. The Commerce Clause gives Congress the authority to regulate “interstate commerce,” which has been interpreted to mean economic activity that substantially affects interstate commerce.[5] The minimum coverage provision requires individuals who do not have health insurance to purchase health insurance. Challengers of PPACA maintain that by requiring those who are not in the health insurance market to become part of the market, PPACA is actually regulating “inactivity,” which is an unconstitutional exercise of Congress’ power under the Commerce Clause.

On Wednesday, the Court will hear arguments relating to the severability of any unconstitutional provisions of PPACA, and whether the Medicaid expansion is constitutional. The severability argument will focus on whether Section 5000A can be severed from the rest of PPACA, if the justices determine that this section is unconstitutional. The justices will also hear arguments about whether Congress exceeded its constitutional authority by expanding Medicaid to require states to offer benefits to anyone under 65 with income up to 133% of the federal poverty level.[6]

Transcripts and audio recordings of the oral argument will be made available on the Supreme Court’s website soon after arguments have concluded.[7] The Court will likely issue a decision in late June.

“My Therapist Sounds like a Robot” – The Peril and Promise of Chatbot TherapyHarry Nelson Interviewed on NPR: With telehealth abortion, doctors have to learn to trust and empower patientsHarry Nelson Interviewed on BBC News: US to require negative Covid tests for travelers from ChinaClient Alert: Priority Privacy Update – Social Media and the Erosion of Medical Privacy8 Nelson Hardiman Attorneys Named to the 2023 Southern California Super Lawyers List